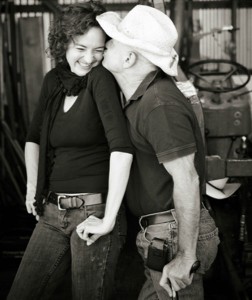 The People
Self described as vintner, smuggler, and legend, few people have made an impact like John Caldwell. His presence has become synonymous with the newest Napa Valley AVA, Coombsville. Bold, brash and with the spirit of a pioneer, raconteur, maverick and grower, John has made a name for himself by thumbing his nose at authority while bringing local and international attention to this sleepy part of the Napa Valley. John will tell you that it is all about love and family, he will also mention it takes a bit of mischief too. 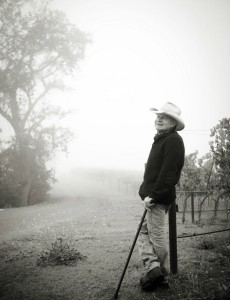 John has lived at the property since 1972, allowing more than forty years of life and wine making history. It wasn’t very long there after that he became the infamous smuggler! At this time, it was illegal to bring French rootstock into the United States, but John Caldwell was unhappy and not willing to settle for the “inferior” rootstock available in America. After a visit  to first growth house Haut-Brion in Bordeaux, where an innovative long term research program was in process, he returned to America fired up to experiment with clones no one in the United States had. He set up a nursery operation in Canada and started to propagate the French clones. Soon after, he was making trips across the border with his precious, but illegal cargo. He was caught by customs with fifteen hundred vines, they confiscated what he had and subsequently raided his vineyard back in Napa with the California Department of Food and Agriculture. But he outfoxed them at his property by a quick last minute switch of the French vines with local varieties! John now works with the French government to create and license grapevine clones for all of North America, now the standard for American wine making. 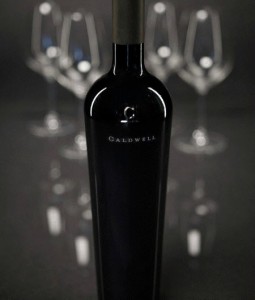 The Caldwell Vineyards are tucked just under the eastern Vaca Mountains and sit at least five hundred feet above sea level. Here, as with the rest of Coombsville  the temperatures are cooler than Carneros, and kept from mold and mildew by a perpetual light breeze that blows throughout the growing season. The vines here get an early start and an ideal late finish in these conditions. Considering that, and the unique but very consistent volcanic soils in area, Coombsville was only granted it’s own AVA in 2011, although John planted the Caldwell vineyard in 1982.

For many years, the Caldwells were selling fruit to families like Shafer, Phelps, and Pahlmeyer. When their first son was born, the Caldwells began their own label in 1998 to exhibit the best of what the best of their vineyards had to offer. Since then, Caldwell Vineyard has expanded to an epic 123-acre ranch. Sixty acres are planted to follow the slight slopes which are now home to those originally smuggled French rootstock.

Following this improbable and incredible journey, the culmination of this nearly half a century of legend, is the Platinum Cabernet Sauvignon. Only produced in the best vintages, this top-tier wine flashes the palate with bright red fruit and a subtle minerality John believes is imparted by the unique soils at his property. Together with winemaker Marbue Marke, John Caldwell and his eponymous vineyards will continue to challenge and intrigue us from a corner of the Napa Valley that is still inventing itself.

And let us take you on a Coombsville Napa wine tour! We can help you discover The Caldwell Vineyards and their neighbors with our many Napa wine tour options.

Find out more about the Coombsville AVA in this fun piece below.