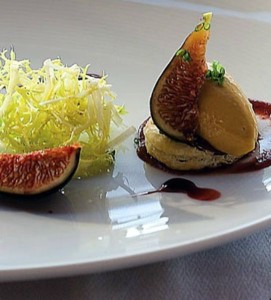 Non-traditional from the start, Chef Richard Reddington was schooled for the business world. After graduation and traveling through Europe, Chef Reddington realized his ambition was in the kitchen and formed the idea that a formal and practical training was the way to go. He began to work directly with culinary legends on both coasts, Roland Passot at La Folie and Rubicon in San Francisco. Chef Richard departed the US to work under Michelin three star chef Roger Vergé in France, which was a prelude to his return to New York and working with Daniel Boulud. He came back to California to open Spago Beverly Hills as Sous Chef and back to San Francisco at Chapeau. After being showered with praise from Michael Bauer of the San Francisco Chronicle, Chef Reddington became the Executive Chef at landmark Napa Valley restaurant Auberge du Soleil and four years later, in November of 2005, opened his eponymous restaurant, REDD. Located in the heart of the Napa Valley restaurant scene, REDD rubs its elbows with Ad Hoc, The French Laundry and many more well known Napa Valley restaurants. 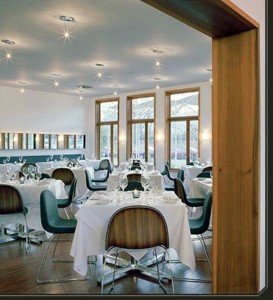 Chef Reddington chose well known New York architect Asfour Guzy to create the casual and elegant landscape of REDD. The restaurant flows seamlessly from a contemporary dining room through a warm bar and opens into an outdoor courtyard shaded by olive trees. Large windows and white walls allow the colors and seasons of wine country to reflect the Yountville sky. The menu exhibits Chef Reddington’s travels and careful training. He blends classic French and Mediterranean cuisine and an interpretation of wine country cuisine influenced by fresh and local and seasonal ingredients. Richard taps influence from Asia, Europe, and Mexico for a perfect balance of serious and thoughtful yet creative and unpretentious food. Chef Richard calls it Napa Valley contemporary as he cultivates relationships with many local artisan growers and producers and infuses the regional freshness of California into his international flare for flavor. His food compliments the flavors and textures of the local wines. Wine Director Rob Renteria and his team of experienced sommeliers carefully select regional as well as international wines that bolster REDD signature dishes like the Sashimi of Hamachi with a Lime Ginger Sauce. Another classic dish is the Glazed Pork Belly served along side soy caramel and an apple puree. Other local’s favorites include the Lobster Risotto drizzled with truffle oil and a Duck Breast with chocolate sauce. In addition to dinner service, brunch features the famous Pork buns with Hoisin.

If you are dropping in for a casual brunch or headed to Yountville for a once-in-a-lifetime dinner experience, we can get you there in safety and style. Indulge in Richard Reddington’s wine list while we handle the drive back home.

Sophie Gayot of the Gayot guide has a little chat with Chef Richard Reddington here: