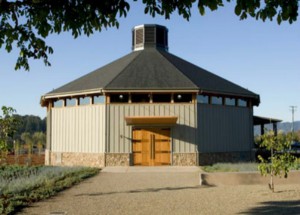 Some of the first folks from Bordeaux to set foot in Napa Valley knew their native grapes would fare well in this part of the new world. A diverse mix of well-drained soils in a valley with ideal climates influenced by the Pacific Ocean pointed to planting Cabernet Sauvignon. In the modern world of wine, Napa Valley is synonymous with this variety. Its thick skins give Cabernet Sauvignon a long life in the bottle, and help sear the experience of a properly aged one into any wine lover’s sensory memory! But what about the other wine grapes that thrive alongside the “King” that is Cabernet? As hearty and appealing as it’s people, the Napa Valley produces other wines that make this region shine. 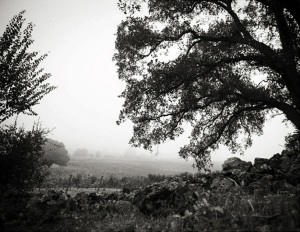 Cabernet Franc is the less well known and even less understood father clone of Cabernet Sauvignon. And while the similar names are easy to confuse, the similarities end there. Planted in similar growing environments to those required of Cabernet Sauvignon, Cabernet Franc produces wines noted for the distinctive high tone notes blueberries and strawberries. It is also easy to typify this wine grape with floral notes, especially violets. This rustic Bordeaux variety is regarded for a savory herbaceous undertone, with tobacco and dried leaves often making it onto tasting sheets. Caldwell Vineyards produced a clone specific version that is worth seeking out. Grown in the cooler southern part of the Napa Valley, the Caldwell Cabernet Franc truly tells the interesting tale of grapes less known.

Zinfandel is one of the most storied grapes in California history, and amazingly, some of the original plantings remain in the ground and productive today! Once considered a work horse to be harvested with high yields, Zinfandel has shown it can represent it’s terroir as well as any other important grape in the Napa Valley. And the good people at The Wine Institute have shed a little light on some of the mystery of this almost native grape. Zinfandel is also a master of many dishes and will come in handy with a wide range of foods, thanks to it’s structured but still lush and ripe mouthfeel. On a recent tasting day, we found that Raymond Vineyards is making a classic version of this Napa Valley grape. At Raymond, the descriptions of brambleberry and black plum were spot on, and certainly called out for a the classic Zin and BBQ pairing.

Speaking of Zin and BBQ, there is another phenomenon that has been shaking up Napa Valley tradition, the rise of the blends. Maybe it all started with David Phinney and the Prisoner blends in the early 2000’s, but ever since then, wineries like Paraduxx have changed wine tasting in the Napa Valley. The relatively recent trend to throw everything but the kitchen sink into the blend has helped some even more obscure grapes come back across our radar. They have forced grapes with names like Charbono, Carmenere, Petite Sirah and Grenache into our modern wine drinking lexicon. Not only has this trend to blend illuminated some otherwise unheard of varieties, the non traditional style blends have shown us that indeed Zin and Cabernet Sauvignon do sometimes belong in the same bottle!

Next time you want to see the less well known side of what the Napa Valley has to offer, let us take you there and we will introduce you to some Napa Valley wines that might make you wonder what else is out there. Don’t forget to keep your minds and palate open to something you may have never heard of!

Find out more about the diverse soils and growing conditions to help the Napa Valley grow such a wide range of grape varieties here: